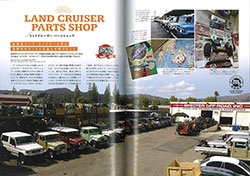 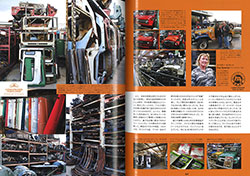 Cruisers' Mind
June 2010 Vol. 4
Land Cruiser Heritage Minisite
The Land Cruiser Heritage web site. Filled with information about one of the greatest vehicles ever
See the new Land Cruiser
Toyota Global Land Cruiser
<<< Top of Page >>>
This website uses JavaScript and Cookies to process your orders. Specter Off-Road, Inc. (sor.com) does not use cookies to track, sell, trade or otherwise distribute your personal information. If you choose to disable these browser enhancements, your shopping cart will not function properly. If you prefer, give us a call, we are always happy to assist you with your order by phone during normal business hours at (818) 882-1238. Click here to read our policy including how we use cookies. By continuing to use this web site, you agree to our policy.
X