May 2, 2015 saw the 20th anniversary Toyotafest car show presented by TORC (Toyota Owner’s and Restorer’s Club). It was a great event. There were close to 400 vehicles on display and this year had the largest turn out of Toyota Land Cruisers entered in the car show in the history of this event. We hope to see even more Cruisers next year! We successfully sold a special edition TORC show/FJ40 Drive a Legend t-Shirts to raise awareness of Pancreatic Cancer. For every T shirt and Toyota Tech Shirt we sold a percentage will be donated to Pancreatic Cancer Action Network (pancan.org). The shirts are still available at sor.com and a portion of the sales will be donated. Click the images to view the slide show

I want to thank the TORC team members and Toyota Motor Corp for organizing and including us in this year’s special 20th anniversary show. Thanks to all who stopped by our booth just to say hi, and to those who purchased shirts to help fight this horrible disease. Wage hope in the fight against Pancreatic Cancer! Special thanks to my Specter family who were involved with this show & made this memorial event so special.

In 2012 Marv made a promise to the organizers of Toyotafest that he would bring his coveted 1967 Toyota Sport 800 to the 2013 Toyotafest car show. Fewer than two dozen of this little sports car were ever brought to America and Marv was proud of his. Only 3131 were produced, less that 10% were left hand drive as Marv's was. Toyotafest is a car show consisting solely of Toyotas, presented by TORC (Toyota Owner’s and Restorer’s Club). In 2013 Marv fell ill and unfortunately in 2014 Marv passed away before that promise would be fulfilled. As a tribute to Marv and to fulfill the promise he made, Specter Off-Road not only brought Marv’s Sport 800 but we brought his red FJ45 Troopy, said to once been owned by Saudi royalty and a very special 1989 FJ62 Japanese Firetruck with only 7683 kilometers (4772 miles) on it to the 2015, 20Th anniversary of Toyotafest. We spent a beautiful day at the harbor in Long Beach, California near the Queen Mary and sold Shirts which proceeds went to help fight Pancreatic Cancer.

View the slideshow of the day.

Thank you to everyone who attended. Marv would be honored!
Kay's Message:
I want to thank all of you who joined us Sunday May 4th for Marv's Celebration of Life! It was an awesome day! Rarely in your lifetime are you lucky enough to be with this many of your friends & family all at one time. Marv was the common thread that brought all of us together, and it was just amazing to be surrounded by that much love. I thank all of you from the bottom of my heart for making this day so special. All of us at SOR were honored to have you here with us.

I want to thank everyone who was involved in putting this memorial together. This was a huge task and I literally have 100's of people to personally thank for all their efforts. We will have lots of photos & slide shows to share with you of Marv's memorial & car show in the very near future.

The Toyota Land Cruiser Association dedicated the 26th annual Rubithon to Marv Spector. He was honored during the June 2014 run of Rubicon trail with his name in memoriam on hats, t-shirts and stickers. On the trail, Marv was posthumously inducted into the TLCA Hall of Fame. Thank you for your support TLCA. 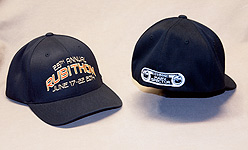 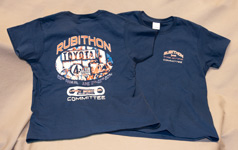 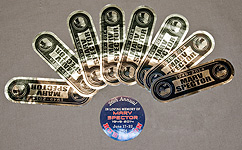 The Myth, The Legend
Dan Dominy

Specials thanks to the volunteers that made this event go so smoothely.

Read Bear's Blog; A Memior.
Marvisims - Death of an American businessman friend of mine. (English) (Japanese)

Only a few cadets shown here. Many more participated. Thank you all!
Carlos
Almonaci

<<< Top of Page >>>
This website uses JavaScript and Cookies to process your orders. Specter Off-Road, Inc. (sor.com) does not use cookies to track, sell, trade or otherwise distribute your personal information. If you choose to disable these browser enhancements, your shopping cart will not function properly. If you prefer, give us a call, we are always happy to assist you with your order by phone during normal business hours at (818) 882-1238. Click here to read our policy including how we use cookies. By continuing to use this web site, you agree to our policy.
X